During the Christmas holidays, St Margaret Ward hosted a Christmas Activity day for children from our feeder primary schools and children currently in Years 7 and 8. The day involved garland making, Christmas card making and the children even produced their own Christmas performance. We then had a full Christmas lunch cooked by our brilliant kitchen staff and then children were treated to a Christmas gift.

Many thanks to The Hubb Foundation and the staff at Synectics Solutions for their generous donations of gifts.

Over the Autumn term, all students from Years 4 and 5 from our feeder Primary Schools have been invited to St Margaret Ward for an Alice in Wonderland themed session in our Library. The sessions have involved poetry recital from The Jabberwocky and students have created their own pictures of the Jabberwock and the Tum Tum Tree. Students were then treated to a Mad Hatter's Tea Party while they presented their work.

Thank you to Mrs Heath and Miss Barnett for delivering the sessions.

All children in Year 3 from the Newman Catholic Collegiate were invited to St Margaret Ward Catholic Academy for our Christmas Extravaganza. The children and their teachers were greeted by our elves who escorted them to our Christmas Production, which was produced by our Year 9 Performing Arts group. All children then had the opportunity to meet Santa, to find their name in the Naughty or Nice Book and to get a present! The feedback from the week has been overwhelming positive, children reported that it was “The Best Day Ever” and that “The Elves were Amazing”.

Santa and his elves have now returned to the North Pole to get the presents ready for all of the other boys and girls. Thank you to everybody who supported throughout the week and we can’t wait to do it all again next year! 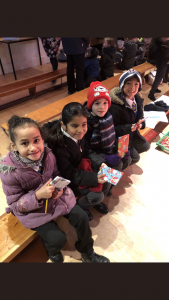 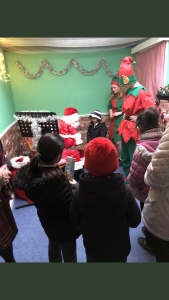 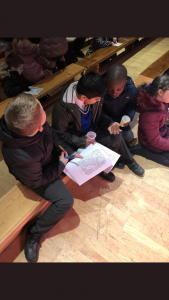 Science teachers from St Margaret Ward have been delivering practical Science sessions in our feeder Primary schools to Year 4 and 5 students. The photos below show Mr Delves demonstrating a dissection! 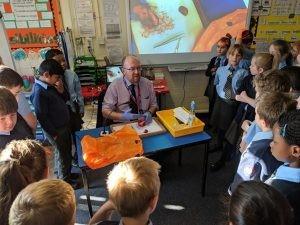 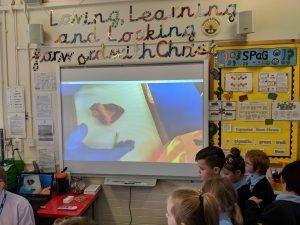 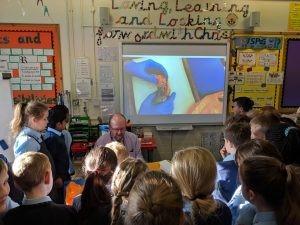 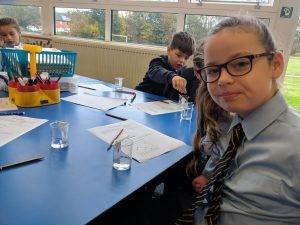 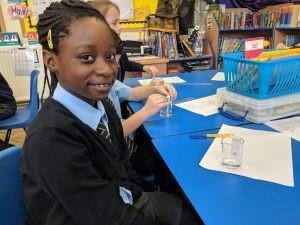 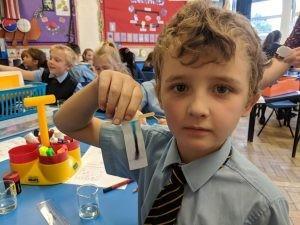 Students worked in pairs to complete an investigation about Consecutive Chains and then worked in teams of four to battle it out to score the most points in a Fractions exam relay. Feedback from the session was really positive; students described it as “Exciting, Thought Provoking and Interesting.”

Well done Year 6! We look forward to seeing you for Challenge Session 2 in January.

On Wednesday 13th November over 80 Year 4 students from each of our feeder primary schools visited SMWCA to battle it out to become the quickest Times Tables Rockstar.

There were 2 rounds followed by 30 students making it through to the final round.

Well done to the top 10 students who have made it through to the Grand Final which will take place next year! 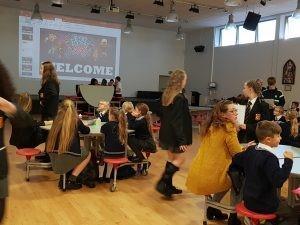 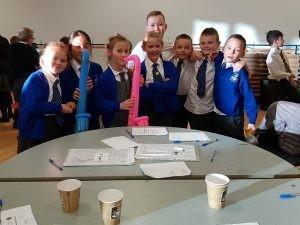 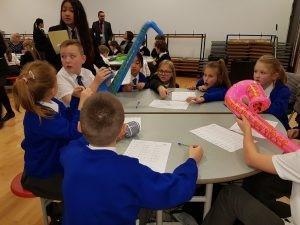 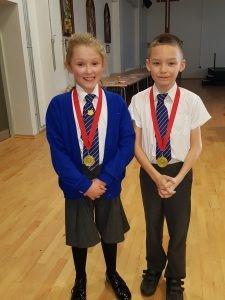 We had 60 fantastic primary students - varying in age. Students took part and completed various team building and problem solving activities, where they had to show great team work, communication, problem solving and resilience. Some students were pushed out of their comfort zone working with students they didn't know from other feeder primary schools.

Students showed great determination and motivation throughout the night and represented themselves in a positive light. It was a huge success and students had a fantastic time! 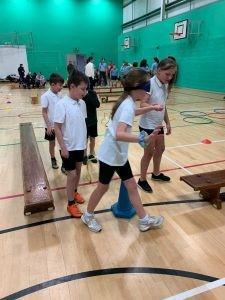 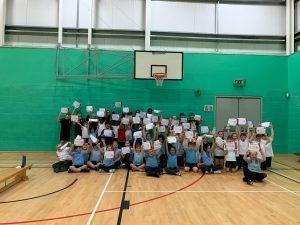 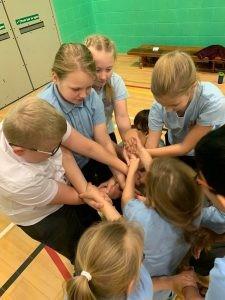 We had 50+ fantastic boys and girls from our collegiate primary schools. Throughout the evening students engaged within different basketball drills, then later applied their basketball skills and knowledge into a mini tournament. All students involved were fantastic and showed outstanding knowledge and understanding of the rules whilst working together displaying fantastic team work skills and resilience throughout the games. 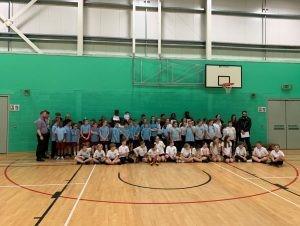 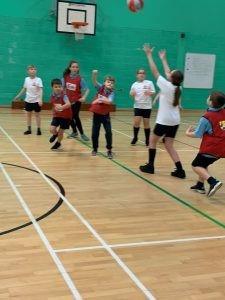 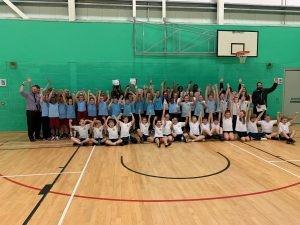 On Friday 21st February over 70 students from The Newman Catholic Collegiate attended a transition day, funded by The Hubb Foundation. Activities included pizza making, Engineering with KMF, Multi Sports with the Port Vale Foundation, puppet making, arts & crafts and Harry Potter Maths. Students had a brilliant time and we look forward to welcoming them back during the Easter holidays.

Spelling is a vital life skill which we constantly strive to improve at St Margaret Ward. We recently extended our promotion of spelling by holding a Spelling Bee for members of Year 5 from across the Collegiate. The pupils were well and truly put through their spelling paces, having to spell some very tricky words from memory without the aid of pens or paper. We were astounded by the level at which the pupils performed and were delighted to see such enthusiasm and skill. We are hoping to make this a regular event with even more challenging spellings!

Year 5 Times Tables Rockstars
On Thursday 12th February over 60 Year 5 students competed to become the quickest Times Table Rockstar. Students battled through 2 rounds to make it through to the Final Round. A special well done to St John the Evangelist Academy who had 3 students in the top 5! All students were fantastic and we were blown away by their re-call of Times Tables.

On Monday 9th March over 50 Year 6 children from the Newman Catholic Collegiate took part in a Mathematics Revision Day. Revision sessions were taught by Mrs Mortimer and Mrs Munden, followed by an exam question relay. Well done to the team from St Wilfrid's who won the relay with 28 points!